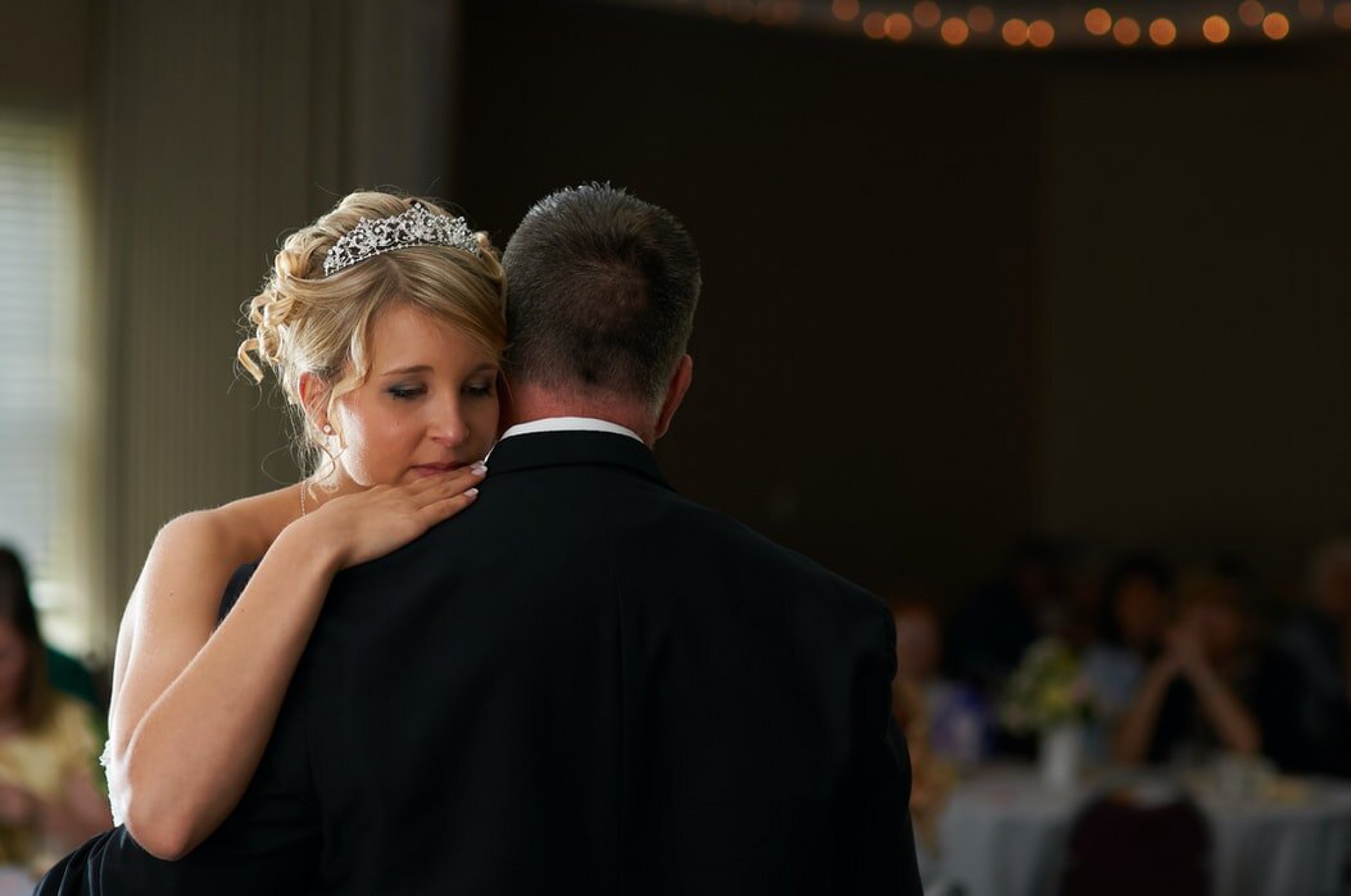 Traditionally, the father daughter dance hasn’t really been a big thing in British wedding culture. It’s long been part of American wedding celebrations, however, and that’s how we first came across it - at weddings in the UK featuring a large American contingent. But more and more, we’re seeing them crop up in British couple’s wedding day plans, and we can totally understand the appeal.

Although it has to be said that the ‘Father Daughter Dance’ is, in truth, a tough one to get right. In a lot of ways, it’s a harder task than choosing the first dance. It’s so easy to go with a song that feels sincere in isolation, but on the day comes across as mawkish, cheesy, or even (dare we say it) patriarchal and a little creepy. Not to mention, that when turned into a song, the subject of the father/daughter relationship has tended to produce some pretty serious clangers over the years (see, for example, the toe-curling, painfully uncomfortable ‘I Loved Her First’ by Heartland). 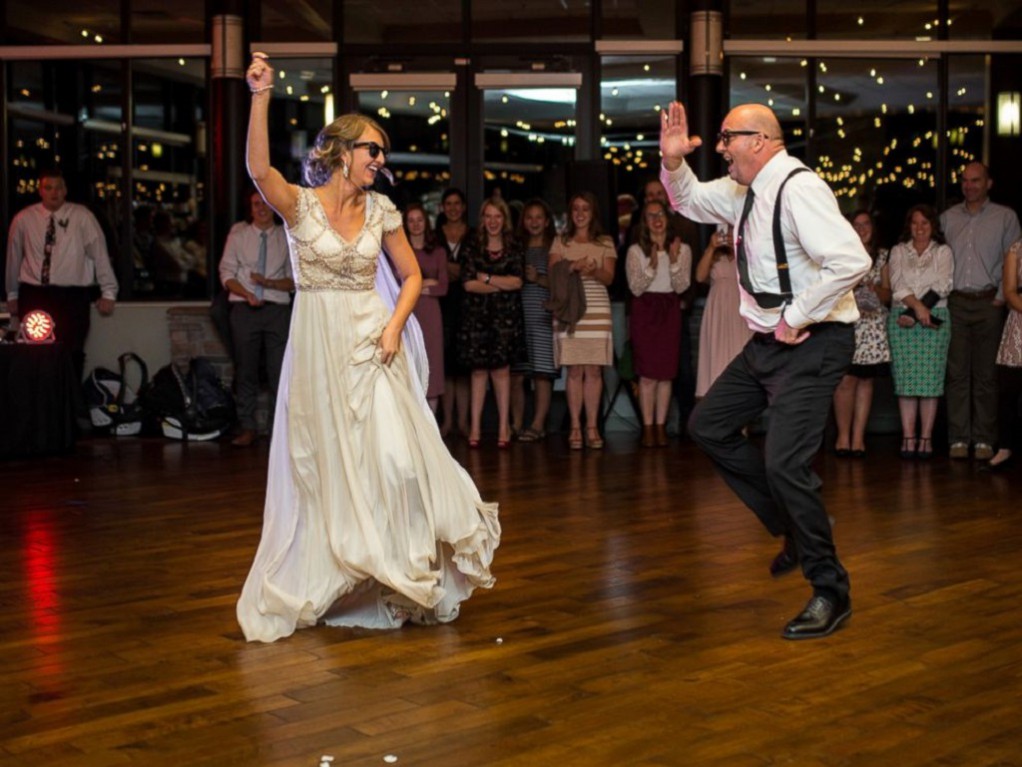 However, that’s not to say it can’t be done right. Choose the right song, and the father daughter dance can be a poignant, personal, genuinely beautiful moment between a bride and her Dad – and a true highlight of the wedding day.

Finding the right track seems to be a bit of a minefield for many – and as such you may have noticed there’s quite a few blogs out there on the subject to help you out. However, many of the blogs you’ll come across go to that ‘cheesy’ well way too often for our taste, so we here at Tailored Entertainment thought we’d put together something a little different for you. And who better to point you in the right direction than the UK’s favourite supplier of live wedding entertainment?

On this list you’ll find 19 genuinely brilliant songs, all of which would prove perfect for an altogether lovely father daughter dance at your wedding. And you’ll be happy to know there’s not a single cheesy American country record in sight.

Let’s get cracking, shall we?

This version of Bob Dylan’s brilliant ‘Forever Young’ is a genuine gem. Those of you that know your Dylan will be aware that he isn’t really one for heartfelt sentiment in his songwriting. This song however, written for his own daughter on the eve of her birth, is one of the few exceptions. And good gravy, its good. It’s a beautiful example of a father/daughter song that transcends lazy, patriarchal stereotypes and instead offers a simple, universal prayer of hope for the future. The line ‘may you build a ladder to the stars and climb on every rung, and may you stay forever young’ is guaranteed to have every father in the room weeping into their shirtsleeves.

2. How Sweet It Is (To Be Loved By You) by James Taylor

This is the first of many feelgood father/daughter dances you’ll find in this selection. This 1975 hit from James Taylor is the perfect mix of sentimental and fun – and it’s the right tempo for a good bit of dad-dancing. There’s also a cracking version of this tune by Marvin Gaye if you fancy something with a little more soul.

3. There Will Be Time by Mumford & Sons

This is, for our money, one of Mumford’s better tracks. Featuring the legendary Senegalese artist Baaba Maal, it’s a track that pointedly pulls at the heart strings. Plus, the back half of the tune picks up pace and energy making it a great point to get all your guests flooding the dancefloor.

So many songs written on the subject of fatherhood seem to be burdened with some seriously strange subtext and can even leave you feeling a little uneasy after listening. This is one of the few that really gets it right. Best known for his own brand of punchy ‘punk-rock-with-a-piano’, Ben Folds might seem a strange shout for father/daughter dance material. But this song, taken from his almost flawless 2005 album ‘Songs for Silverman’, is a heartfelt and beautifully restrained reflection on the unexplainable and incomprehensible emotions of early fatherhood. It’s a stunner, plain and simple.

5. The Long & Winding Road by The Beatles

Written by Paul McCartney for the perennially overshadowed ‘Let It Be’ LP, this is one of The Beatles’ most personal and heartfelt tunes. It toes that perfect line of sentimentality without ever tipping over sideways into total schmaltz. Plus, in our humble opinion, a bit more Beatles in any wedding is a good thing.

6. Close To You by The Carpenters

Now, I know what we said – no cheesy numbers. And typically, this song tends to get lumped in that category from the get-go. But that’s doing a huge disservice to The Carpenters, who penned some of the biggest and best written hits of the 1970s. Close to You is a stunning love song, leant added weight by Karen Carpenter’s incredible vocal performance, giving the song a subtle sense of innocence that really works with the father/daughter theme.

This is a great choice for anyone looking for something a little alternative, whilst still keeping with the spirit and poignancy of the father daughter dance. For a version of this song that’s got a little less attitude and bite, try Sixpence None The Richer’s sumptuously summery, flower-pop take from 1997.

First off, this song is a total banger, and we won’t hear anyone say otherwise. This version, by the eternally wonderful and seemingly ageless Sheryl Crowe, will bring a little touch of class to proceedings whilst simultaneously surprising and delighting your guests. Alternatively, you could go full ‘dad vibes’ and choose the Guns n’ Roses original. But if you do, be sure to select the single version. Take it from us, the extended three-minute guitar solo from the album version will be way too much ‘air guitar’ for absolutely anyone.

Another great, upbeat choice and quite frankly what’s not to love? Everyone adores this party staple, and your wedding band will probably have a great version of it down and ready to go as well. You can’t really go wrong with this one!

10. That's How Strong My Love Is by Otis Redding

It seems strange to say this, but Otis Redding is probably the most underrated of the Motown artists by some distance. He had an unmatched knack for singing love songs that, in anyone else’s hands, would stray uncontrollably into total cheese territory. But in Otis’ hands, they were just marvellously beautiful. This track very much sits in that sweet spot, making it a great choice for your father/daughter dance.

Continuing to our theme of stonewall classics with a modern twist, check out this incredible version of the Audrey Hepburn-fronted classic ‘Moon River’, given a delightful makeover by visionary US songwriter Frank Ocean. It’s that perfect mix of contemporary and understated whilst still holding onto much of what’s right about the original recording.

12. The Best Day by Taylor Swift

If you’re after a big, popular father/daughter song, this would be our number one pick. This is probably the most traditionally recycled father daughter dance in this selection of songs, in fact. But this song very much deserves a place on this list. ‘The Best Day’ manages to buck the trend of ‘slightly uncomfortable country songs written from the perspective of children’, and that’s solely due to Swift’s fantastic delivery and unquestionable brilliance as a songwriter – which speaks a lot to her wider mainstream appeal.

If you’re looking for unconventionally fun father/daughter songs, you needn’t look any further than Loudon Wainwright III. You may not know of Loudon, but you probably know of his equally talented, brilliant, and more mainstream successful children, Rufus Wainwright and Martha Wainwright. When they were both young, Loudon made a bit of a reputation for himself writing songs about his kids that offered a genuinely funny and unmistakeably heartfelt glimpse into the life of a father. ‘Daughter’ is a brilliant, bouncy folk song, wrapping all of Wainwright’s acerbic wit and charm in a big blanket of fatherly pride.

Fancy a tune without subtext? Something to which you can both just joyously dance along? You can do much worse than this serious crowd pleaser from Walk The Moon. It’ll get your guests going crazy, and make for some pretty epic photos, too.

This tune was apparently written by Wilco’s lead singer whilst trying to get his daughter off to sleep one evening. It’s one of the few relatively upbeat songs on the father/daughter theme that’s also a genuinely good tune. It’s a great swaying tempo, too, making it perfect for Dads who feel a little funny about dancing in front of their family and friends.

16. You Got A Friend by Randy Newman

Released in 1994, Randy Newman wrote this classic earworm for the Toy Story soundtrack. On its surface, Toy Story may be a film about toys come to life, but you don’t have to dig too deep to find the seam of metaphors on parenthood that have made the Toy Story franchise such a huge hit, striking a chord with parents and children alike. Heard in this context, ‘You Got A Friend’ is an undoubted father daughter song. And for many parents and their daughters, it’ll carry some wonderful memories from watching the movies together in years past.

NB - Please do enjoy every second of this glorious live version, with Nickel Creek's Chris Thile...

17. What A Wonderful World by Louis Armstrong

Another good ‘swayer’, this beautifully simple song by Louis Armstrong is also mercifully short, making it a great choice for wallflower Dads struggling with their two left feet. Its also a guaranteed crowd pleaser and a seriously great song – so you can’t really go wrong!

18. Lean on Me by Bill Withers

Lean On Me is a song about holding your hands out to the people you love most in the world, and offering them strength and support. I don’t know about you, but that seems like the perfect sentiment for the feelings inherent in the father daughter dance to us. This absolute classic by Bill Withers is a seriously great choice.

19. Wild Horses by The Rolling Stones

An exceptional and unexpected song from The Rolling Stones, Wild Horses is about the hard work that makes up every one of our relationships, and how that hard work makes our bonds ever stronger. It’s timeless and heartfelt without ever straying into cutesy sentimentality. That mix of emotions might not be for everyone, but for those of you it suits, it’ll suit perfectly. 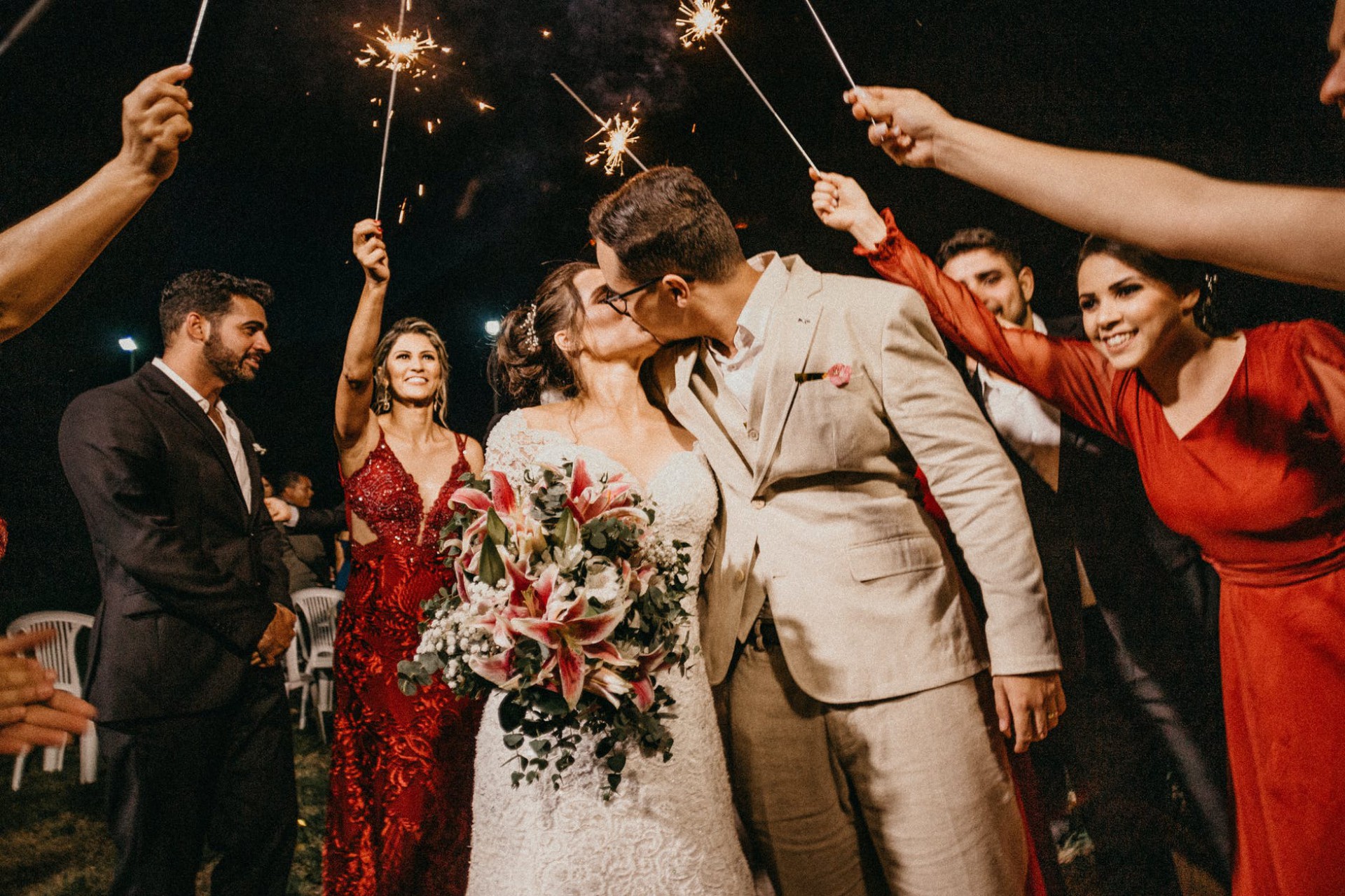 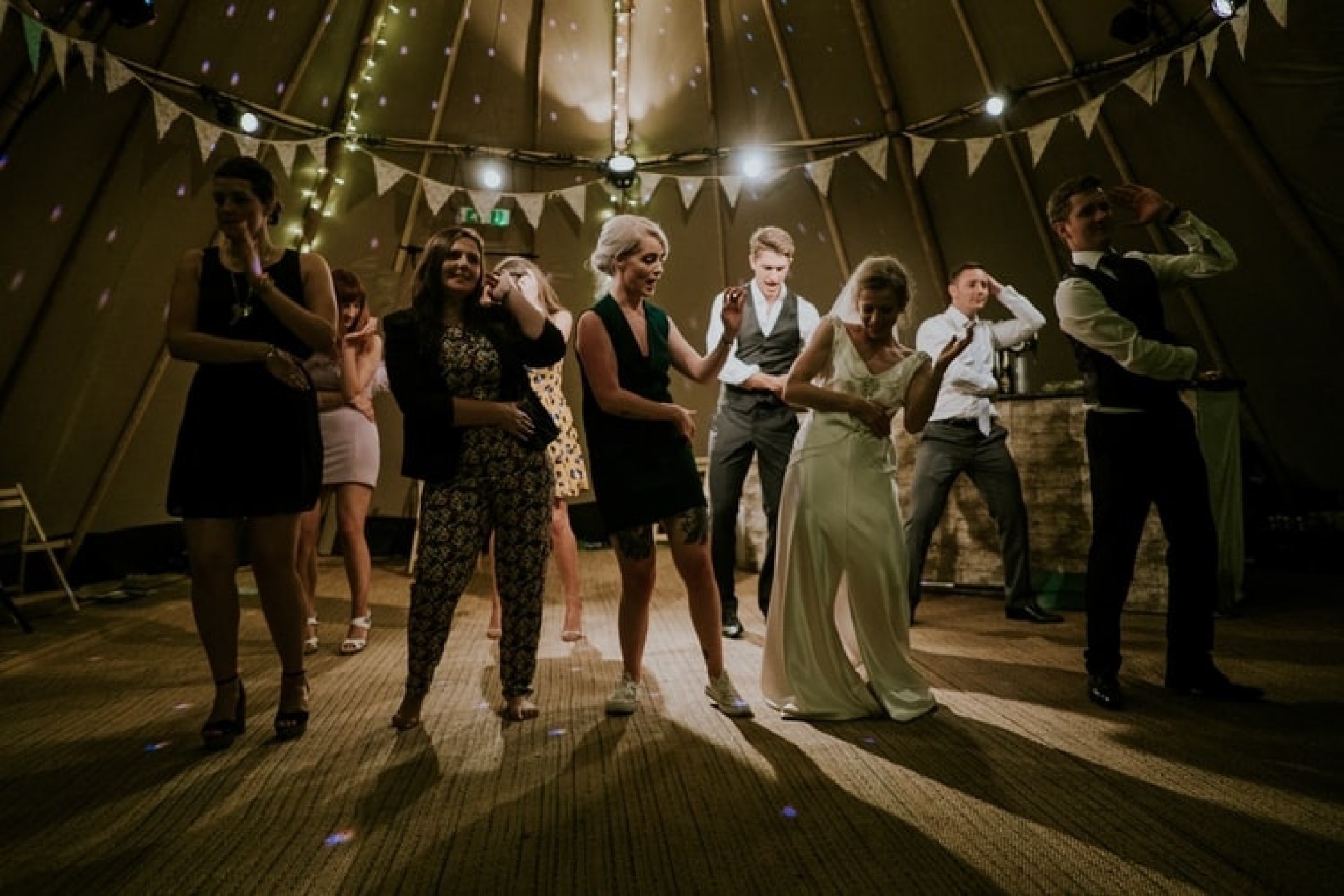 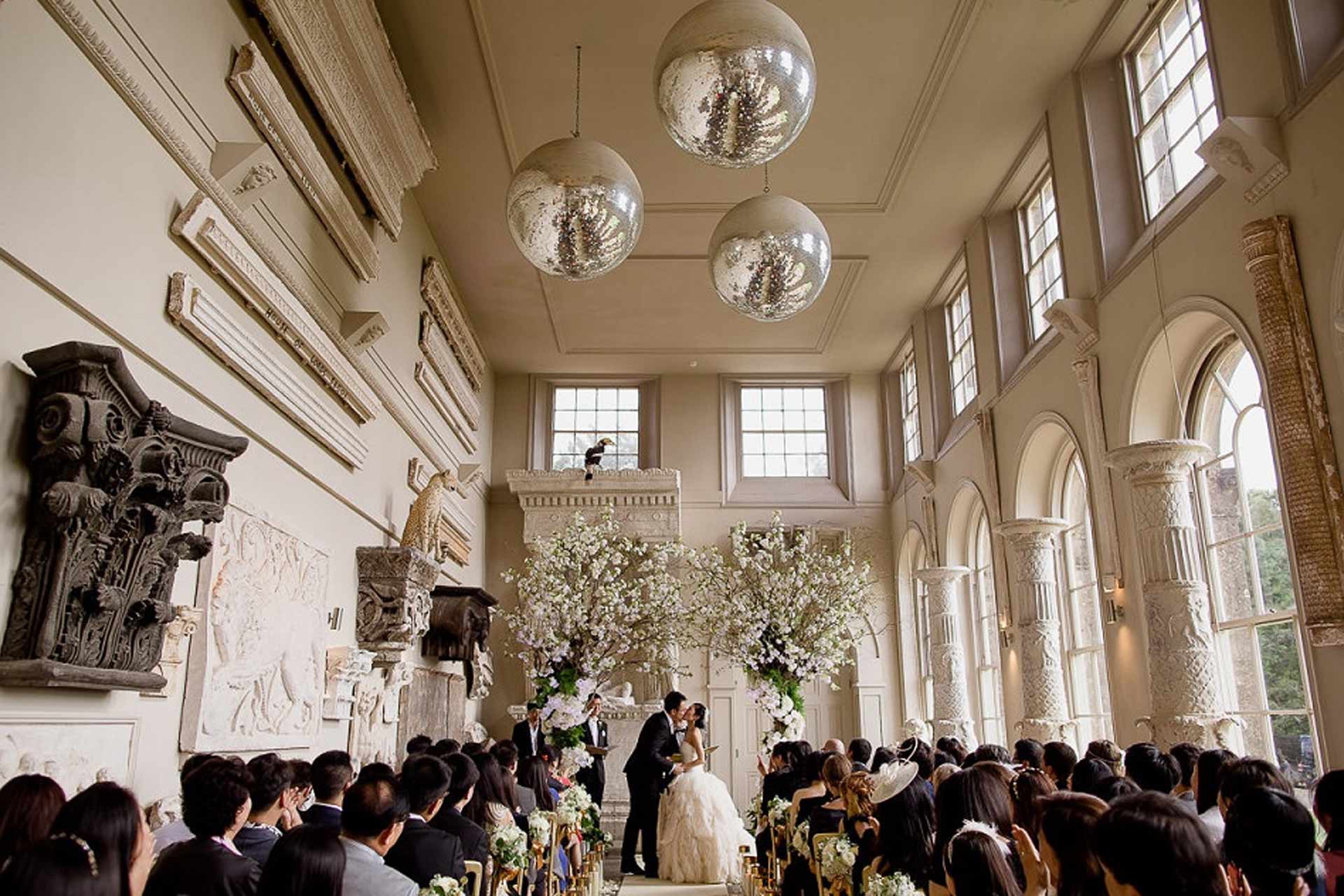 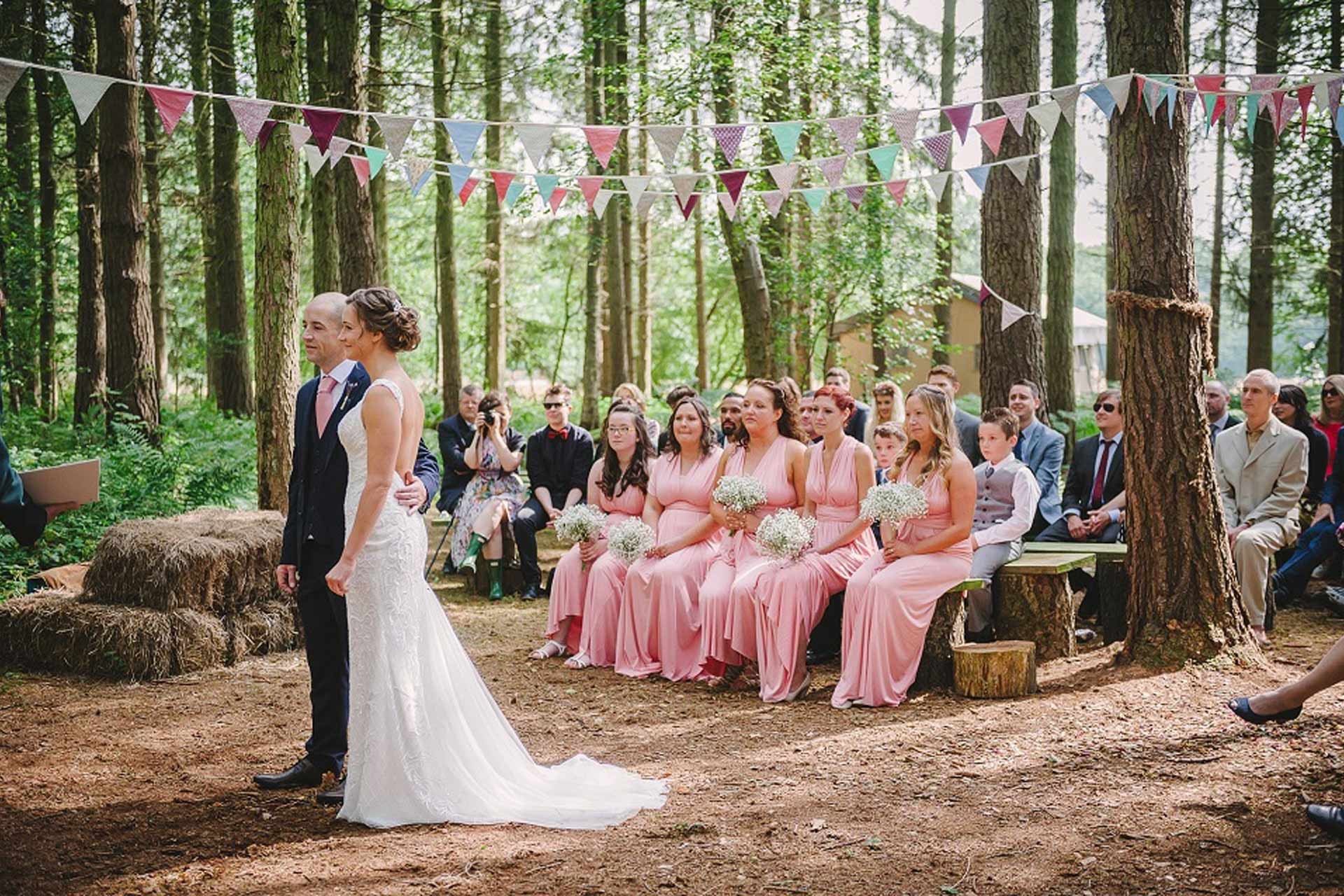 Incredible wedding entertainment, tailor-made for you.

Find the perfect wedding entertainment for your big day.